The same year, after the official launch of this technology in September 2016, LOW DERMA™ Technology made its presence in one of the world’s largest medical trade fair, MEDICA in Düsseldorf. In the fair, LOW DERMA™ Technology has become the highlight of the event during these 4 days’ exhibition. During the fair, visitors have showed enthusiastic response to the development of such technology towards addressing the needs of glove users.

Majority of the visitors have showed interest on the ability of this technology to eliminate the fear of allergies through removing Sulphur and Chemical Accelerators (Thiuram, Thiazoles and Carbamates) from the glove formulation. The same audiences were further impressed by the improved chemical resistance and chemotheraphy drugs permeation. The confidence continues to grow when visitors were later being reassured with the improved tensile strength and stretch ability which improves the donability of the gloves. The overwhelming response at the exhibition has again set LOW DERMA™ Technology one step closer to the mission of making the technology available to all. 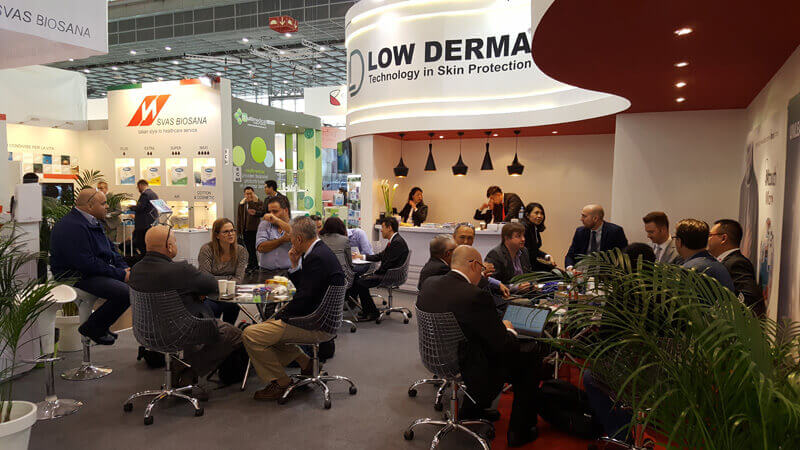